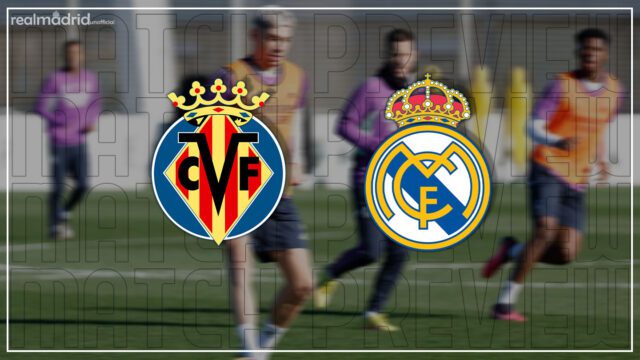 Real Madrid will begin their year in Spanish La Liga with a trip to face Villarreal on Saturday, January 7. Madrid, the current La Liga champion, will attempt to win their third consecutive game when they take on Villarreal.

Despite having some difficulties this year, Villarreal has won its past two league games, including a 2-1 victory over Valencia last weekend which took them to 24 points after 15 games.

Quique Setien’s team is in a strong position at this point in the season; a win over the champions on Saturday would be another significant step in the right way. They are only one point behind sixth-placed Real Betis and only three behind fourth-placed Atletico Madrid.

On Tuesday, Villarreal in Copa del Rey defeated FC Cartagena 5-1 to advance to the competition’s round of 16.

This season, the Yellow Submarine are also participating in the Europa Conference League, and they advanced to the knockout phase by winning Group C with 13 points after six games.

Despite holding Real Madrid to scoreless ties in their last two league encounters, Villarreal, who have placed fifth, seventh, and seventh in their last three La Liga seasons, hasn’t been able to defeat the capital team in Spain’s top division since a 1-0 victory at Bernabeu in January 2018.

Incredibly impressive road record versus the Yellow Submarine, Real Madrid has not lost to Villarreal since December 2015, and they will be looking to extend that streak on Saturday.

On December 30, Carlo Ancelotti’s team faced Real Valladolid again in La Liga. Thanks to a late double from Karim Benzema, the incumbent champions won 2-0, bringing their total to 38 points from 15 games, which is currently equal to that of league leaders Barcelona.

Madrid will have the opportunity to reclaim the top spot with a victory today because Barcelona will be playing Atletico Madrid on Sunday. Los Blancos have the greatest away record in La Liga this season, collecting 21 points from their eight away games.

Real Madrid participated in the Copa del Rey earlier this week as well. Rodrygo scored the game’s lone goal in the 69th minute as Real Madrid defeated Cacereno 1-0 to go to the round of 16.

Giovani Lo Celso will be out for Villarreal on Saturday owing to a hamstring issue, and Francis Coquelin will also be a significant question mark for the home team in this match.

The starting lineup from the Copa del Rey on Tuesday will be altered with the return of Juan Foyth, Etienne Capoue, Samuel Chukwueze, Dani Parejo, Pau Torres, Alberto Moreno, and Yeremi Pino.

However, Geronimo Rulli, who is about to transfer to Ajax, won’t be there with Pepe Reina likely to man the post.

For Madrid, with Dani Carvajal and Mariano Diaz both scheduled to miss this game with minor injuries to their ankles, Lucas Vazquez will likely start at right-back.

Thibaut Courtois’ availability had been questioned, but the Belgian international is well enough to start in goal for the Spanish and European champions.

The team that started in the Copa del Rey last time out will see significant changes, as David Alaba, Ferland Mendy, Luka Modric, Toni Kroos, Federico Valverde, Karim Benzema, and Vinicius Junior are all expected to start this game.

With their previous games this season, Real Madrid are in a slight position to pick up all three points with two goals expected in the game.