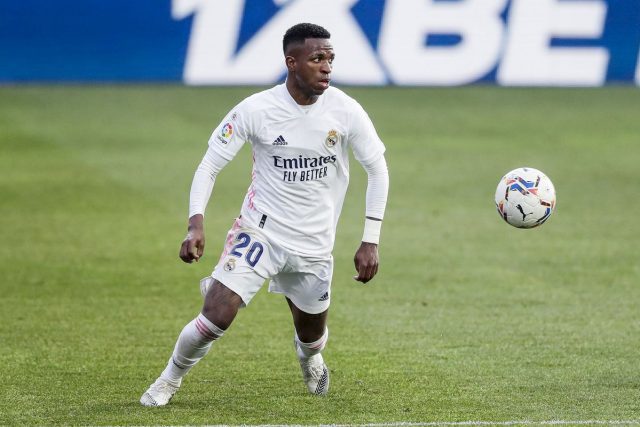 Vinicius Jr was restored to the Real Madrid starting lineup on Tuesday against Getafe at the Alfredo Di Stefano Stadium.

The player, having been through a lot in recent times showed the manager the reason why he deserves more changes, executing his duties to perfection.

Injuries to several players in the squad meant thats the Brazil international was deployed in an unfamiliar role, covering the wing-back role with youngster Marvin Park on the other side.

After the game, the youngster spoke to the press and explained that, while he had never played in that position before, he had the right mentality going into the game.

“I never played there, but I always want to help the team when I am wearing this shirt. You have to be calm and focus in order to accomplish with the coach wants us to do. We played very well and managed to win, which is the most important thing. We also have the academy here to help us, Marvin played really well until the end,” said Vinicius Jr.

Despite the defensive organisation of Getafe, Vinicius contributed to the goal that broke the deadlock, assisting Karim Benzema for the opener.

“I practice that cross in training with Benzema a lot in order to make everyone’s job easier. I am happy with the assist, I want to keep helping the squad and playing well. Getafe sit back and defend and they are a very solid team, so it was tough to break through, we had to stay patient. We’re very happy with the win and have to keep scoring points,” concluded Vinicius Jr.