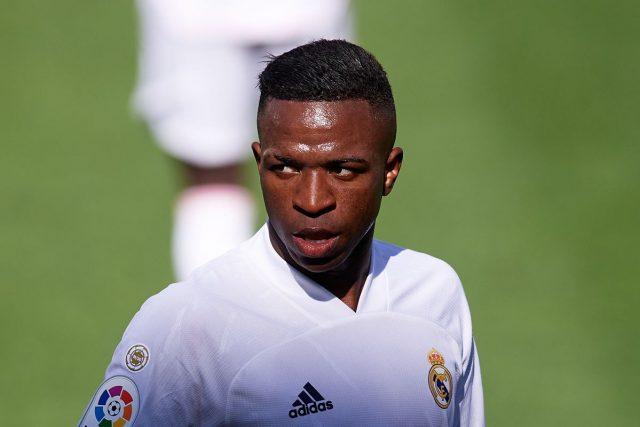 Real Madrid prodigy Vincius Junior has taken to YouTube to explain the rationale behind his decision to opt for a different number at the club during this summer.

The Brazil international changed his number from 25 and has taken up the number 20 jersey which was previously worn by Marco Asensio, while the inscription at the back of his jersey also now shows “Vini Jr.”

He explained: “Number 20 has brought me good luck, in Flamengo I was very happy and I made my debut wearing number 20.”

“My first games in professional football were with this number and this season I had the opportunity to change and I feel more comfortable. About the name, now it’s easier because everyone calls me Vini anyway.”

He has had a good start to the campaign so far, scoring two goals in three games so far this 2020/21 season. However, he struggled during the early stages of the 2019/20 campaign despite an impressive first season in European football.

The 20-year-old added: “Last season I started differently, without confidence and a lot of time passed after the injury I suffered [against Ajax].”

Now I am happy because I can play more games, I can score and I play with more confidence. It’s always important to get minutes.

Despite his early showings this season, Vinicius has already spoken about the need for him to continue improving his performance in order to become a better version of himself.

With Eden Hazard continuously struggling to stay fit, the Brazilian could utilise the opportunity to make the left wing position his own before the Belgium international returns from his injury setback.

Vinicius will also have more time to stay behind at the club and work on his finishing after being left out of Brazil’s squad for the upcoming international games.