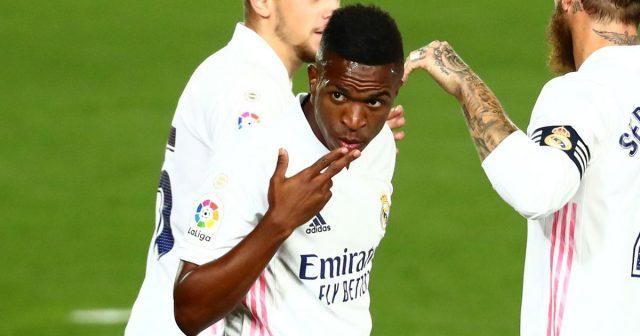 Real Madrid fought hard in the second half to ensure that their run at the Alfredo Di Stefano continued after beating Real Valladolid in their first home game of the season.

The defending champions had taken four points from their opening two games, which had come away from home against Real Sociedad and Real Betis respectively.

However, a return to action at home called for more agency with Zinedine Zidane opting for the same tactic that he used against Betis.

The Frenchman fielded Luka Jovic in the second game running with Alvaro Odriozla and Isco coming into the starting line up together with veteran Marcelo.

The away side threatened for much of the 45 minutes with Thibaut Courtois showing his inner potential once again to ensure a stalemate at half time.

Los Blancos returned from the breaking with a much more improved intent to win the game with Casemiro hitting the crossbar after Jovic’s well headed ball was saved by Roberto Jimenez in goal for Sergio’s men.

Zidane went for a triple change with Dani Carvajal, Marco Asensio and Vinicius Jr. all coming on in place of Odriozola, Isco and the Serbian as the host continued to pressure Valladolid.

The breakthrough came shortly after the substitutions with Vinicius converting from close range after the ball was played into his path by the opposition’s defender.

Courtois was called into action twice in succession and was up to the task on both occasions saving from Shon Weissman’s strike and another from left-back Raul Garcia.

Madrid had chances to put the game to bed with Benzema and Luka Modric all failing to convert from close range.

The win leaves Los Blancos third with three matches played and with a game in hand yet to come.

Shot-stopper Courtois was also awarded his second official Man of the Match award in three games after another impressive display.