Real Madrid and Mino Raiola have been at loggerheads for quite a long while now but both parties need to settle their differences soon.

There have been reports that the Los Blancos have had an improvement in their relationship with Raiola, who has two players who could play a vital role in the upcoming time for Real Madrid.

In the summer of 2016, Paul Pogba was set to bring an end to his Juventus career, the excessive demands of the super-agent was a barrier to the deal. The idea that Florentino Perez is a no fan of the agent is no secret at all.

Four years later, the communication between the pair has started to be fluid despite a tensed relationship. Many would never have believed Madrid striking a deal with Raiola but the transfer of Alphonse Areola, a client of the agent shows some positive signs for possibly a better future.

Real Madrid will be looking to snatch two of the brightest talents in World football as of now, Erling Braut Haaland and Paul Pogba – both of whom are managed by the super-agent Riola. 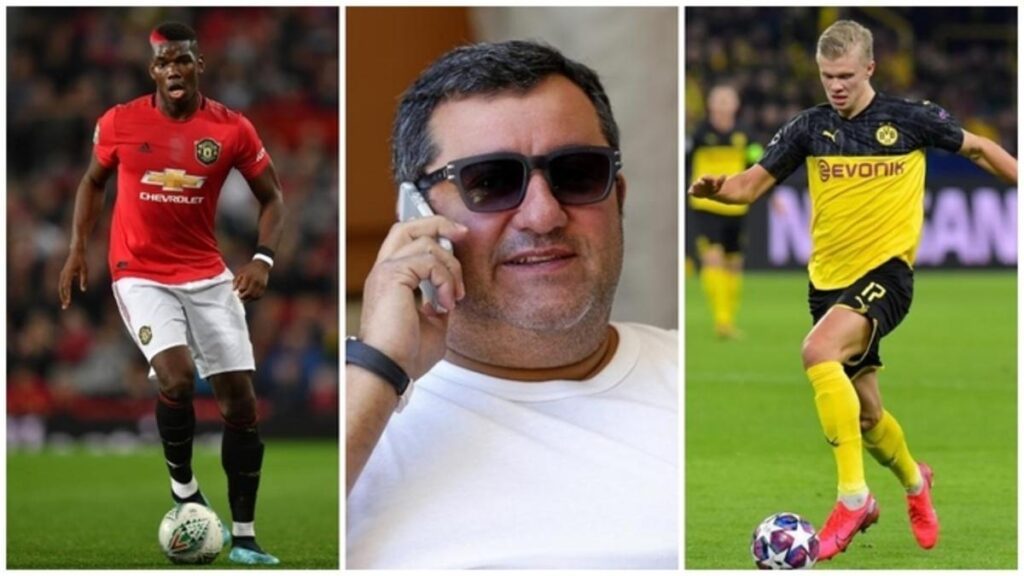 Haaland has been one of the hottest prospect this season with his performances with RB Salzburg earlier, before being awarded with a transfer to Borussia Dortmund. As per reports, the 19-year-old has a €75 million release clause in his Dortmund contract, a fee that would likely be a bargain.

Erling Haaland has been an instant hit in the famous yellow and black jersey – netting nine goals in eight games in Bundesliga.

Paul Pogba has been a long time target of Zinedine Zidane and rumours look set to continue in the summer. The Manchester United midfielder is not willing to continue at the Theater of Dreams next season, with his agent constantly talking about a likely move away.

The midfielder has made just eight appearances for the Red Devils and has spent most of the season in the treatment room. The club’s acquisition of Bruno Fernandes could be a willingness to part ways with the 2018 World Cup winner.

In the modern game where agents are playing a key role, a fluid communication as well as an improved relationship between Perez and Raiola could put Real Madrid at an advantageous position to sign both players.