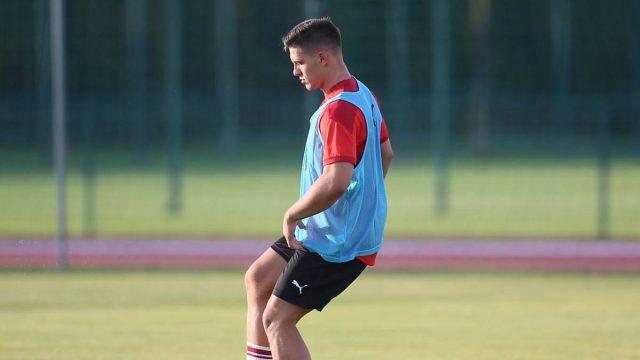 Luka Jovic made the move to Real Madrid from Eintracht Frankfurt last summer expecting to continue the development he had made at the German club.

However, things have not really gone to plan for the Serbia international, who has been reduced to the role of a bench warmer at the Santiago Bernabeu and that role looks certain to continue.

Zinedine Zidane has given the youngster little opportunities to justify why the Spanish side dished out a hefty fee to sign him.

To make things clear, Jovic managed just 420 minutes of action during the 2019/20 La Liga season. Most of his appearances came with him being substitute and he was able to find the back of the net on two occasions.

Prior to his switch to Madrid, the 22-year-old was one of the hottest talents in world football after guiding Frankfurt to a Europa League semi-final finish while playing a key in the Bundesliga that season.

Jovic scored 27 times for the club while also assisting a further seven across all competitions.

In Madrid’s 2020/21 La Liga opener, the boss refused to introduced the forward into the game despite his side’s playing calling for attackers into the box.

The last season league champions settled for a 0-0 draw with Real Sociedad in their first game of the season and there were many reasons to blame Zidane for the failure to grab all three points.

Perhaps the introduction of Jovic could have caused more damage for the opposition team but Zidane felt otherwise and this has not gone down to well with the player’s entourage who are reported to be wanting a return back to Germany.

It would be insane should Jovic be allowed to leave the club when there are not so many goal scorers at the club aside Karim Benzema.