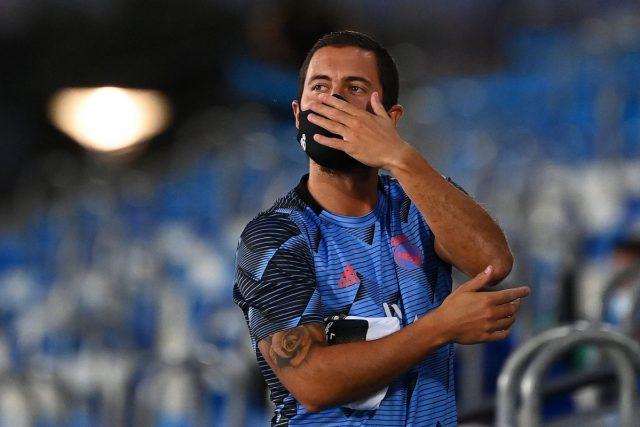 Real Madrid continued their impressive run of form on Monday night after beating Granada to restore the four point lead at the top of La Liga.

First-half goals from Ferland Mendy and Karim Benzema’s 19th league goal ensured that Darwin Machis’s second half strike did little to change the end results of the game.

Zinedine Zidane was filmed by TV coverage screaming with delight at the blast of the final whistle, but the Los Blancos manager insisted in his post-match conference that he was not getting carried away just yet. 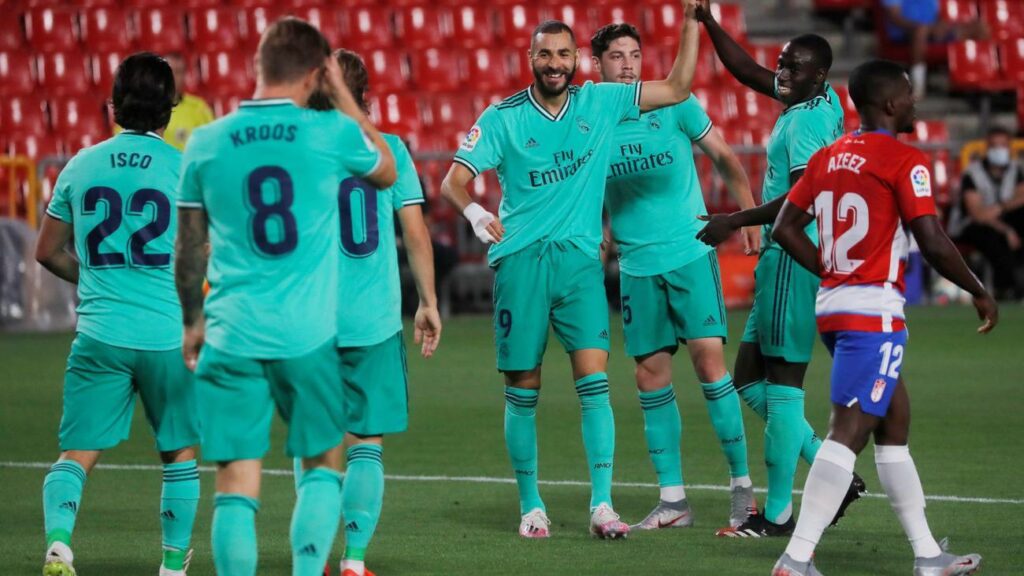 Zidane explained: “I shouted because I was happy and because you suffer during football matches sometimes. It’s normal to shout with joy when you win an important match like this one.

“The players played very well and I’m happy for them. We had a very good first half, with great possession of the ball, before a second half which was worse because of the way the opposition played so well.

“I have to be proud of this team, but there are two games left and we’ve not won anything yet. That’s the reality. We’re very happy, but there are six points left in play.” 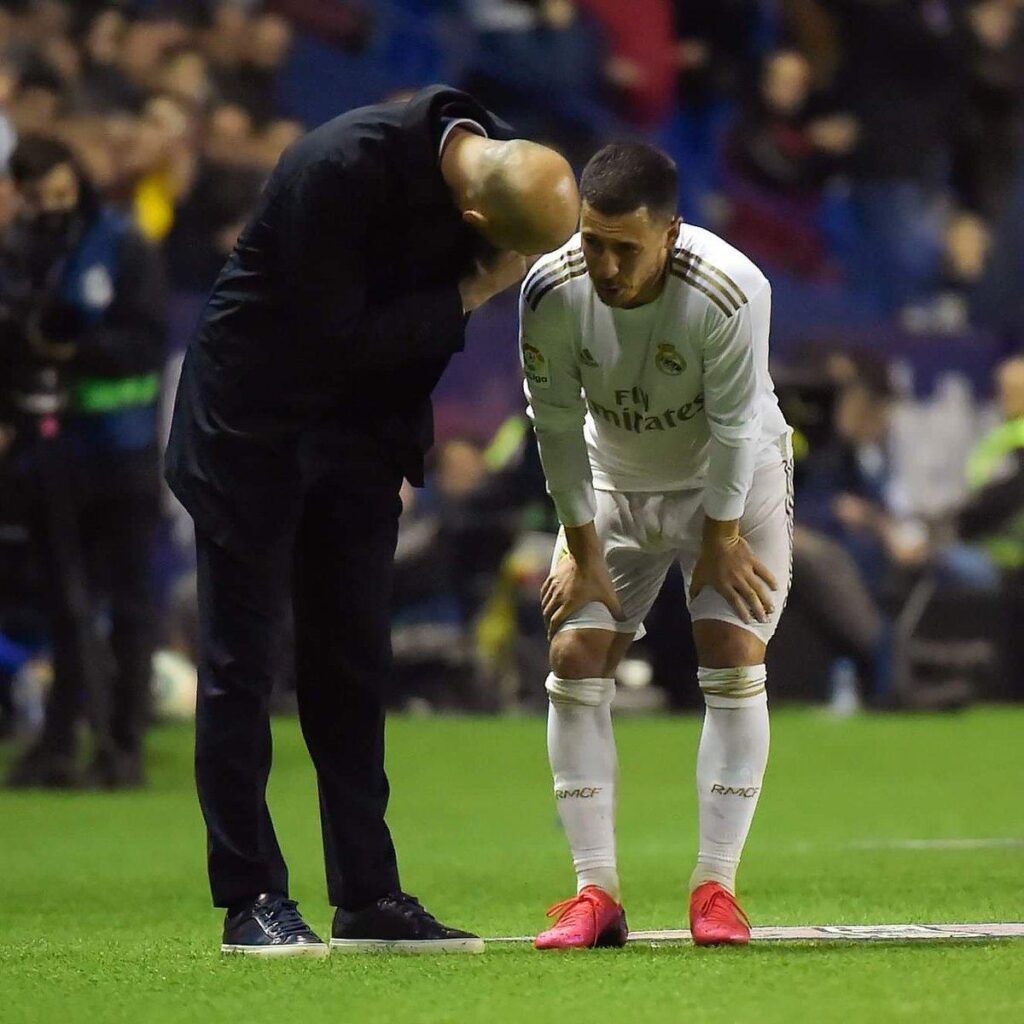 Winger Eden Hazard was an unused substitute against Granada, which raised concerns about the Belgium international’s injury concerns.

Speaking about Hazard’s situation, the Frenchman added: “A player has to be in very very very good shape to play and he’s not fully okay. The situation is a little bit complicated, but I hope that he can be 100 percent fit on Thursday and help the team. That’s what he wants.”

Madrid need just one win from their last two games to win their 34th league title, while Zidane will do so for only the second time. They face Villarreal in their next game on Thursday.