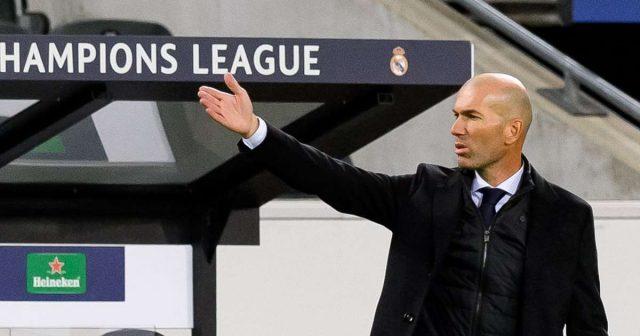 Real Madrid manager Zinedine Zidane is confident his side will be able to qualify from the group stage of the 2020/21 UEFA Champions League if they can maintain their performance.

Madrid faced Borussia Mönchengladbach on Tuesday in their second group game and for the second midweek in a row, Zidane’s side needed to come from behind with the first one being against Shakhtar Donetsk which they were unable to secure at least a point.

However, against the German side, Los Blancos scored two late goals to make two all after going behind by two goals until the 86th minute.

And the manager was largely positive with the way his side played against Marco Rose’s team on Tuesday.

“The result shows the character in this team,” Zidane said afterwards. “We deserved to draw and I think even more. I like the reaction and it’s an important point.

“We played well throughout the match, but it’s true that we lacked something because we didn’t win. We believe in the plan and we deserved the draw.

“There was a lot of good and there are no easy games. If we play like this then we’ll do good things and we’ll progress to the knockout rounds.”

Eden Hazard was given his first appearance of the season against Mönchengladbach in the 70th minute with Madrid trailing by two goals and the Belgium international looked lively for the 20 minutes he had on the pitch.

“That was the plan,” Zidane said of his introduction of Hazard. “It was to try to play him. I don’t know how we’ll get him back, as we play every three days. We’ll see.”

Marco Asensio came off in the 84th minute of game after being kicked but the Frenchman dismissed claims the Spaniard could be out.

“He played well,” Zidane commented. “He was dynamic.

“We know Marco’s quality, but we were all good. I think he just took a blow.”

With the games coming in quick succession, fatigue is already setting in and the manager isn’t sure how to stop it.

“We’re going to try to [manage the fatigue],” Zidane said. “We won’t be able to stop and we’ve had a lot of wear and tear. It is what it is.

“It’s going to be a difficult year for everyone. But today we have to be very proud of what we did.”