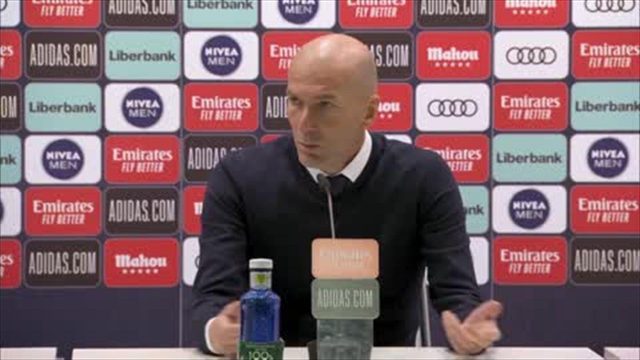 Real Madrid recorded yet another win over Barcelona in the league on Saturday following their 2-1 victory at the Alfredo di Stefano Stadium.

Despite being unable to take mist of their chances, Zinedine Zidane was pleased with the performance of his team, taking the time to heap praise on them in his post-match conference.

The manager said: “It was a complicated match. The first half was ours, but we also suffered then. Barcelona are really good team and they can find spaces with the technical skills of their players. But, we created chances and could have scored a third or fourth.

“This demanded a lot from us, but that’s normal against these kinds of teams. We’re at the limit, physically. But, this is football. We have to continue as we’ve not won anything yet. We’ll have very difficult matches ahead.”

Even asked about the individual performance of Nacho Fernandez, the Frenchman opted to commend the display of the whole team. He said: “Nacho isn’t just doing well now. He has been here for a long time and has always been ready to play when he had to, just like all the players. I’m happy for them.

“What we’re doing is very difficult. I think Odriozola, Marcelo, Mariano and Isco all came on and did well and we’ll need them. We’ll need all our players and they are all committed.”