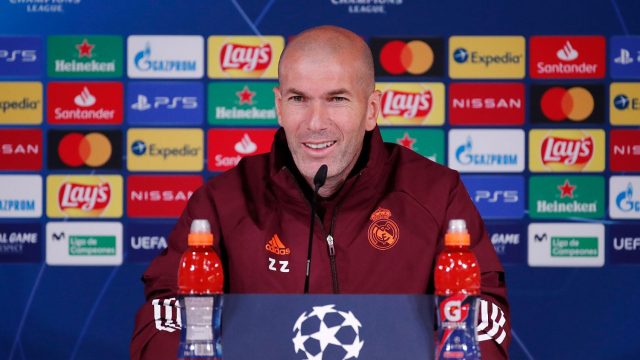 Ahead of the UEFA Champions League semi-final first leg game against Chelsea, Real Madrid boss Zinedine Zidane faced the press on Monday, where he previewed the game.

The manager described the game as the most difficult for his side in his assessment. He said: “It’s the most difficult and important game of the season because it’s the next one. We’ll face it like you’d expect us to face a Champions League semi-final. We’ll compete to our maximum. I don’t think they’ll sit back. They defend well, but they attack well too. We must defend as well and we also need to create chances. We’ll have to be at our best to hurt them.”

Chelsea last made it to the semi-final of the competition in 2014, and have failed to reach those feet since. Zidane was asked if his side could benefit from their experience and he replied: “I don’t think so. In the present, they’re a team who have done good work in the Champions League. Both Chelsea and Real Madrid deserve to be here. We have experience, but Chelsea have experience in various competitions too.”

Zidane also discussed what the match means to Eden Hazard who will be playing his former side, adding that the Belgium international is in good shape. He said: “He was very good the other day. He didn’t feel any of his problems and he’s feeling good. We’re all happy to have him with us.”

The Frenchman also brushed off suggestions that his side could suffer the wrath of UEFA as a result of their decision to stick to the Super League. On that, Zidane said: “It’s absurd to think we won’t be in the Champions League next year. There has been a lot of talk about this [refereeing in this tie and disqualification for next year] but we have to just focus on tomorrow’s match. We’ll focus on the pitch and we expect the referee will do his job as he always would. It would bad to think about all these theories from the outside. We’ll compete from minute one to 90.”