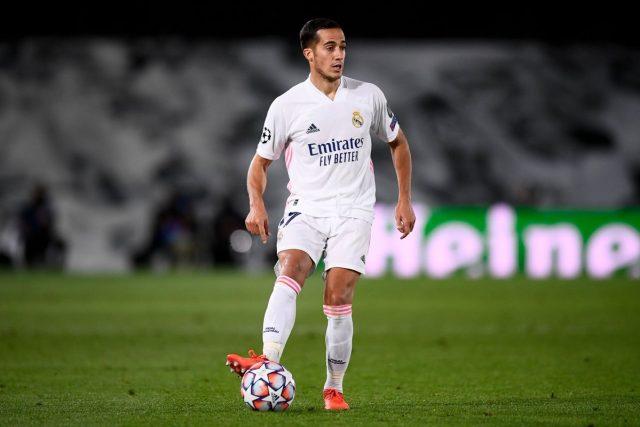 Real Madrid edged closer to securing qualification into the next round of the UEFA Champions League after beating Inter Milan on Wednesday night.

Goals from Eden Hazard and Rodrygo Goes assured to take all three points to Spain after an impressive start to the game.

And Zinedine Zidane was very pleased with the kind of performance he saw from his squad against the Serie A side. He said: “We had a great match. We knew these were three important points and that this was a final, like always. We played with character and heart and deserved the three points.”

The manager also dismissed claims and suggestions that their game last night was the best his side has produced thus far this 2020/21 campaign.

Lucas Vazquez has been one of the beneficiaries of the injury crisis at the club and was rewarded with a starting berth on Wednesday, with the player grabbing an assist and Zidane was asked about the winger’s future as well as his contract situation as he edges closer to the end of his current deal.

The Frenchman said on Vazquez: “He’s an important player for us, for the team dynamic. He always goes out and plays hard from the first to last minute. We’re happy with what he’s doing. He is a youth graduate and he has Real Madrid in his heart, giving all when he goes out there on the pitch. We’ll see further down the line, but I don’t think [a lack of a new contract agreement] will happen. Players like him deserve to stay.”

The manager then proceeded to express his farewell for the late Diego Maradona who passed on yesterday, saying: “We heard this and it was a sad piece of news, not only for the football world but for the entire world. I remember him, especially in the 1986 World Cup when I watched him as a 14-year-old. My idol was Enzo Francescoli, but I think we all also wanted to emulate Maradona. He was spectacular. It’s sad and I send condolences to his family. May he rest in peace.”