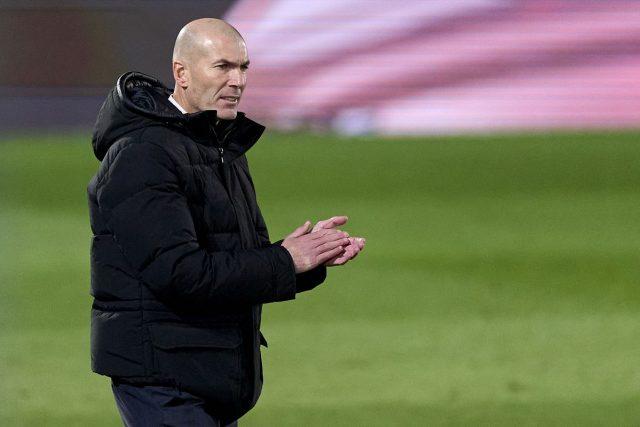 Zinedine Zidane after Real Madrid’s 3-1 victory over Eibar on Sunday night had time to answer questions from the press regarding the proceedings of the game.

Sergio Ramos was in the midst of an unwanted attention when the ball struck the elbow of the Madrid captain in the penalty box during the final 10 minutes of the game.

The Los Blancos manager backed referee Jose Luis Munuera Montero’s decision not to hand the home side a penalty after the incident.

“The most important thing is that the referee was sure about it,” Zidane said on the incident. “I’m not getting involved, as always. The referee is there to make the call and that’s it.”

The first 45 minutes of the game was one that everyone one connected to Madrid will be proud of having seen their side had an exceptional start to the game.

“I feel really good about everything,” Zidane added. “We started the game f***ing brilliantly. We scored two goals but then they had their moments.

“We suffered but we controlled the game. It’s normal that we suffer. We started well. They scored a goal and it changes the game. The first 20 minutes were spectacular, with the mobility we had about the pitch.

“We knew how to suffer and control the game. It’s a tough place to come to and we even controlled the game from start to finish. This is a fight that’s not going to be stopped. We’re playing every three days.”

Zidane opted against making so many changes to his side despite a busy schedule ahead.

“There are going to be changes, for sure, because we have lots of games,” Zidane reiterated. “We’ve rotated a bit less lately, but everyone is in my plans. We haven’t made many changes but it’s like that for the moment.”

Marco Asensio once again played the role of a substitute but he barely had an effect on the game when he was introduced into the game.

“He’s not missing anything. He keeps working, bit by bit, and I think he’s fine,” the manager said on the Spaniard. “As we’ve got games every three days, we have to make decisions and Marco wants to play more like everyone else. We’re doing well as a team.”