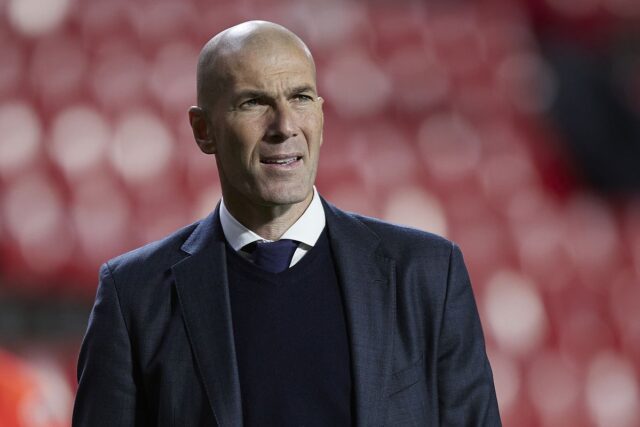 Zinedine Zidane has dismissed rumours of a rift between himself and defender Marcelo prior to the latter being left out of the squad for the game against Granada.

Real Madrid beat Granada by four goals to one thanks to goals from Luka Modric, Rodrygo Goes, Alvaro Odriozola, and Karim Benzema. However, they had to do that with Miguel Gutierrez as the left-back in the absence of Ferland Mendy and Marcelo, the latest omission drawing attention.

There reports that the Brazilian had an argument with the gaffer before Thursday’s game but Zidane dismissed that notion.

Speaking on Marcelo’s absence after the game, the Frenchman said: “No, no, no, no. He had an injury niggle and that’s why he didn’t come with us. We didn’t want to risk him.”

Miguel looks likely to be promoted to the first team fully next season should Marcelo decide to bid a farewell to Santiago Bernabeu at the end of the season. The academy player has been good in the games he has featured in for the first team and there is no surprise he has earned the manager’s trust.

Starting at left-back against Diego Martinez’s men, the 19-year-old provided the assist for Modric’s goal and lasted the entire game as Madrid walked away with all three points.

On Gutiérrez, Zidane said: “He did well, him and Marvin and everyone in the team. Miguel played because we didn’t have Ferland Mendy or Marcelo and I think he was phenomenal. I’m happy for him. He is a Real Madrid player.”