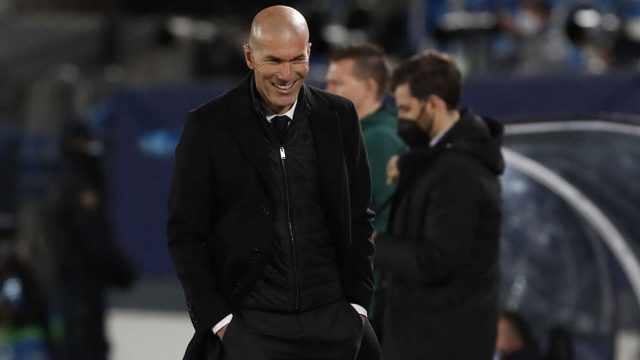 Following their victory over Atalanta at the Alfredo di Stefano Stadium on Tuesday night, Real Madrid manager Zinedine Zidane expressed his excitement with the performance of his side.

Goals from Karin Benzema, Sergio Ramos and Marco Asensio were enough to seal the win for the Los Blancos despite a consolation goal by Luis Muriel.

Speaking to the press after the game, the French manager said he was satisfied with the output from his players and thought it was a good win.

He said: “I’m happy for the players, who had a good performance from start to finish against a team who demand a lot from you physically. We needed to defend well and do the same with the ball. We did that, so we can say this was a complete performance. They didn’t have many chances. They’re a team who usually create so many chances, but we didn’t see that tonight. Then we had good attacking pieces of play.”

One man who worked tirelessly during the encounter was Luka Modric, going on to win the Man of the Match award.

Zidane singled out the Croatia international for special praise following another good game.

He added: “With Casemiro, we can play in a different kind of way, but Luka and Toni Kroos are phenomenal as a double pivot. Luka may be 35 years of age, but he doesn’t look like it on the pitch.”