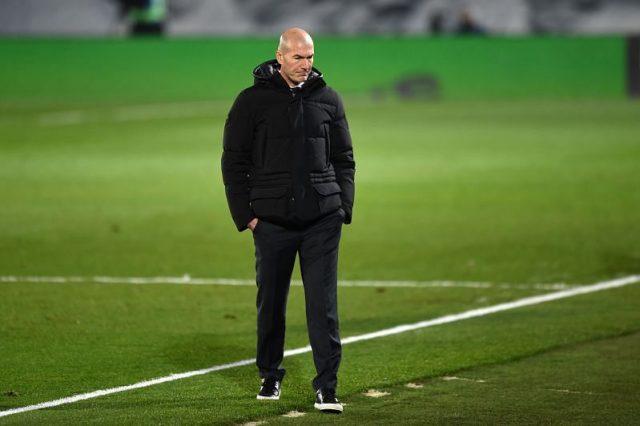 Zinedine Zidane is happy with the performance of his players following their 2-0 win over Granada on Wednesday night.

Real Madrid are ending the year on a good note with one more game left to be played in 2020.

They are currently on a six-game unbeaten run across all competitions since the defeat to Shakhtar Donetsk in the UEFA Champions League.

Speaking in a press conference after the match, he said: “We’ve had six hard-fought wins in a row and we’re content with what we’re doing. We’ll have to keep working hard and fighting on the pitch like we’ve been doing. That’s all I ask of the players. But, for now, we have a few days off to rest and see family.”

The manager made it clear the club could suffer defeat at a point once again but he remains content with the results they’ve achieved in the last few weeks. He said: “We’ll lose matches again, but we’ll try to win them all. But, it’s inevitable that it’ll happen sometimes. I’m just happy for the players. They put up with some criticism.”

Zidane also referred the press to his earlier comments in the pre-match conference when they pressed to ask about his lack of rotation.

He added: “I’ll say the same thing, it’s a specific thing of right now. But, you can keep asking and I’ll keep answering.”

On the issue of Eden Hazard not getting any minutes against Diego Martinez’s men, he explained: “I didn’t think it was right [to bring on Hazard] because it was a difficult match. We need to do such things at the right time. I didn’t want to risk with him again. Now, we rest and little by little he’ll return to the team.”