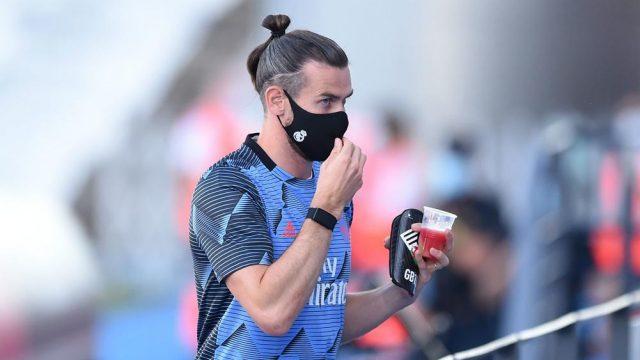 Zinedine Zidane has revealed that Gareth Bale was omitted from the squad to face Manchester City because he did not want to play.

Zidane named a 24 man squad to face the Premier League side on Wednesday, with the Wales international not part of the list. The list also included Sergio Ramos, who is suspended for the game as Madrid try to overturn a 2-1 deficit from the first-leg.

Bale has not been involved that much for Los Blancos since football resumed back in June, playing just 110 minutes of football since then, and the Frenchman has claimed it was the wish of the 31-year-old not to be called upon against Pep Guardiola’s side.

“I will explain because many things are said,” Zidane told reporters in a news conference. “We have a relationship of respect between player and coach, that is clear. The only thing I can say is that he has decided not to play, and the rest is between him and me.”

The former Madrid midfielder also grew frustrated when pressed with further questions about Bale, who is still under contract at the Santiago Bernabeu.

“I have already answered before about the situation. The rest is a conversation between the player and the coach, and I am not going to tell you anything,” Zidane added. “The fourth and final question on Bale – surrounding his future with Los Blancos – was met with a straight bat.

“Gareth Bale is a Real Madrid player, nothing changes. I respect that,” Zidane replied. “He has decided not to play. All of us here are focused on tomorrow’s game.”

Zidane was also quizzed on Eden Hazard’s fitness ahead of the game and he replied: “Yes, because he had a bit of discomfort at the end of the LaLiga season but now he is much better. We have had a lot of time to prepare for the match and I think he is in good shape and confident.”