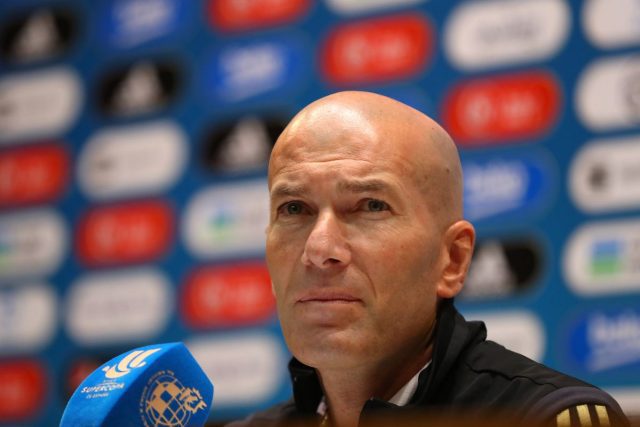 Real Madrid bounced back to winning ways on Wednesday night following the 0-0 draw with Getafe over the weekend in the Spanish league.

Madrid recorded a comfortable 3-0 win away from home, with goals from Karim Benzema and Alvaro Odriozola sending the club top of the league.

The game also saw Antonio Blanco make his full debut for the club playing alongside Casemiro in a new system.

Asked about the formation after the game, Zidane replied: “That’s not the most important thing. Instead, it’s about playing with energy. That and defending well, which we did once again. That’s fundamental for me. What we’re doing, adapting to all the injuries, is important.”

Zidane also commended the performance of Karim Benzema, who was involved in all three goals on the night – scoring two and assisting one.

He said: “I’m happy about what he’s doing, not just with his goals. We’re enjoying his play. We hope to enjoy it for a long time.”

The gaffer also revealed the rationale behind the absence of midfielder Luka Modric who was dropped at the last minute. “It’s the back. But, I think it’s a minor thing. We hope he can be back with us soon.”