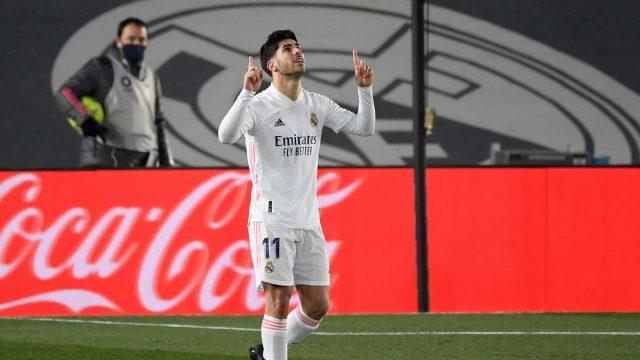 A fine performance from Real Madrid saw them start the new year with a significant victory over Celta Vigo at the Alfredo Di Stefano Stadium on Saturday night.

Having seen Lucas Vazquez and Marco Asensio both secure victory for his team, Zinedine Zidane expressed his contentment while speaking to the media after the encounter.

The gaffer commended the performance of his side saying: “Our feeling is good. Even after the Elche game, we felt good. It’s if you don’t score the second goal then there’s a risk.”

Despite the individual brilliance of both Asensio and Vazquez turning up on the night, the Frenchman didn’t single out anyone for praise but went on to applaud the whole team for the maximum points. He said: “The success of the team was because of everyone.”

However, Zidane was forced to talk about the former’s significant return from injury and the progress he has had to made since the setback. He added: “I’m happy for Asensio. He had a very significant injury and now he’s doing a lot better, always improving. I’m happy for him and for everyone. We had a very serious performance. From start to finish, we controlled the game well and we had a good balance. We did well when pressing, when winning the ball back. We did everything well.”

Eden Hazard was once again not given a start against Celta but he under his belt quite a few minutes towards the end of the game. And when asked about the Madrid No.7, Zidane said: “We’re going little by little with him. And that’s that.”

Madrid are currently working on top of the league table with Atletico Madrid in action on Sunday while the Los Blancos also play Osasuna in their next fixture in the Spanish division.