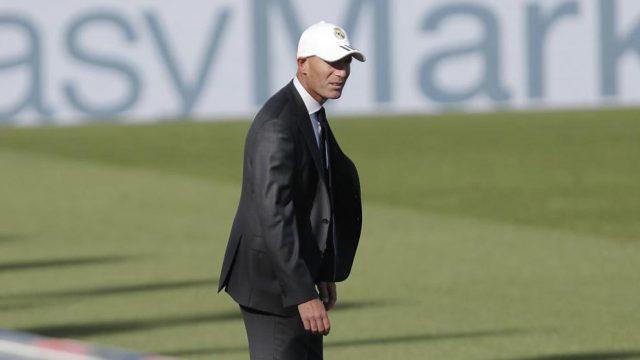 Real Madrid returned to winning ways with a bang on Saturday following their 2-2 draw with Borussia Mönchengladbach in midweek in the UEFA Champions League.

The current league leaders beat newly promoted team SD Huesca by four goals to one, their most comfortable win in the 2020/21 La Liga campaign so far.

Belgium international Eden Hazard was the one who got things started over the weekend, opening the scoring after 40 minutes with a long range strike.

And after the game, manger Zinedine Zidane was asked about the performance of the 30-year-old, whose goal was his first since he last scored 392 days ago in the 4-2 win over Granada.

Zidane said: “I’m happy with his performance. He played 20 minutes the other day and today he started and played a little more. We know the quality he has. He scored a good goal and it was important because the match was different after that. He doesn’t have any pain and he’s happy about his goal. His teammates are happy for him. With this win and with four goals scored, we have to be content with today’s work.”

The Frenchman was also asked about the idea of both Hazard and Vinicius Junior playing together considering it was a topic for discussion last season and he replied: “Eden plays on the left and Vinícius’ preferred position is also on the left, so we’ll have to see.”

The manager also added that he is not surprised the performances of Federico Valverde, who has become an important figure in the team since his debut.

“We’re not surprised by what he’s doing,” Zidane said. “I’m happy that he is scoring. It’s not his main role, but it’s also important that he’s scoring.”

The decision to withdraw some of his players also came up for questioning with the press enquiring if he was bearing in mind the Champions League game against Inter Milan on Tuesday.

He replied: “We had to make changes, but we weren’t thinking about Tuesday’s match. We need to rest well and we’ll see how to prepare for that game. But, for now, we have to enjoy these three points.”