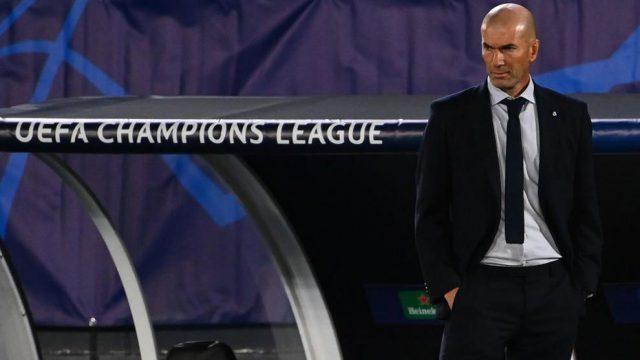 Real Madrid suffered yet another big blow on Wednesday at the hands of Shakhtar Donetsk, when they lost 3-2 to the Ukrainian side at home.

The defeat was Madrid’s second in a row at home having been beaten by Spanish rivals Cadiz by a goal to nil last weekend.

With the El Clasico fast approaching, Zinedine Zidane is under severe pressure with constant critics firing at him. However, the manager is confident he can do his best to turn things around before the clash with Barcelona.

In his post-match press conference on Wednesday night, the Frenchman reflected on the 3-2 loss. He said: “We feel very bad. We made mistakes for the first goal, but we also lacked confidence and overall play. I’m pleased with the way the players reacted in the second half, but it’s a bad night. I’m the coach and I need to find the solutions.”

Zidane was also question if he is the right person to restore the pride of the club and he replied, “Yes,” he replied. “I think I’m capable of fixing this and that’s what I’ll try to do. The players will too. We need to find solutions and we will. The season has just started and we need to turn this around by being united. It’s a second bad match in a row, but now we have to prepare for the next match on Saturday.”

The Frenchman also didn’t leave any thoughts on the game against the Catalan side but added that he will go ahead with his plans in the coming days.

He said: “We will prepare this match and we will be there at 16:00 on Saturday for the match. We need calm right now.”

Both the players and the manager are under severe pressure ahead of Saturday’s game and they will be hoping that they do not get a repeat of what has happened these last two games.