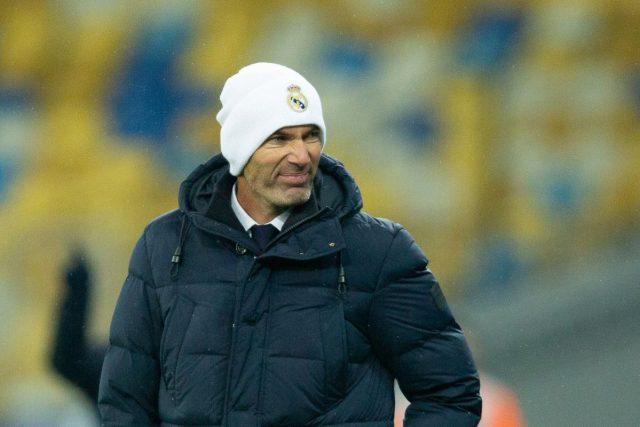 Real Madrid manager Zinedine Zidane has ruled out the possibility of him stepping down from his position following his side’s 2-0 defeat to Shakhtar Donetsk on Tuesday night.

The defeat comes after the club suffered their second loss of the 2020/21 La Liga campaign against Deportivo Alaves on Saturday.

They now sit outside the spots for qualification into the next round of the UEFA Champions League as things stand needing results in the last round of games where the Los Blancos play Borussia Mönchengladbach.

Speaking to the media after the game the boss said on questions asked if he’s considered resigning: “No. I’m not going to resign. And we’re going to carry on. In the first half, we played well. It would have been a different game if we’d got the first goal. Their goal did us a lot of damage, because we were playing well. We had two or three chances, and hit the post. It didn’t want to go in.”

On whether this period seem to be his toughest as the manager in charge of the club, Zidane replied: “We’ve had tricky moments and we’re always going to have them. We’re on a bad run of results – there’s no getting away from that. But we have to keep on going. This was a cup final, we prepared for it very well, and put in a good first-half display. We know that we have another game to go that we have to win. There are always tricky moments at this club.”

If there is anyone capable of turning things around at the moment, it is likely to be the man still in the dugouts and he had no problem stressing on that again.

The gaffer also called out his players to show character and pride in their last game as they hope for a resurgence. He added: “It’s a tough moment, but we have to show the character and the pride that we have. It’s a shame. We’re going to have to win our next game because today it wasn’t to be. We’re going to keep the faith and carry on fighting.”