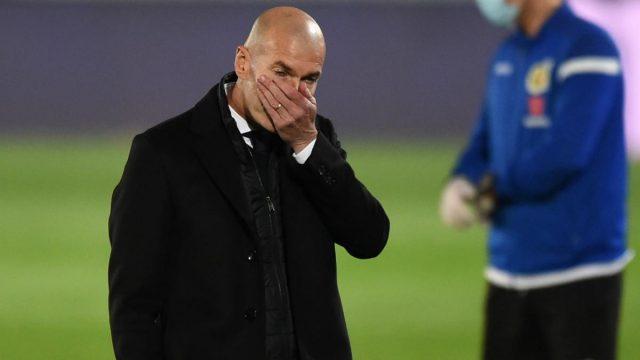 From beating Inter Milan last week to losing to Deportivo Alavés in the league over the weekend, Real Madrid manager Zinedine Zidane has faced a lot of mixed feelings these past days.

His selections in the last month has either seen him curse his stars or try to defend his players in a way that they have escaped criticism.

His choice for the starting XI against Inter Madrid in the UEFA Champions League was quite to perfection and Madrid produced what has been their best performance of the 2020/21 campaign thus far.

However, it was to the disappointment to much of the fans after knowing the manager’s pocks for the league game against Pablo Machin’s men and the current Spanish champions were punished at the Alfredo Di Stefano Stadium on Saturday.

Though there is a need to give chances to players and give rest to others as a result of the fixture congestion this season, Zidane’s rotation plans has sometimes caused the team dearly – especially when he decides to make changes to the defensive units after a good game.

The back four of Lucas Vazquez, Raphael Varane, Nacho Fernandez and Ferland Mendy has seen some good results in the absence of Dani Carvajal but the introduction of Marcelo did little but just expose Thibaut Courtois to several attacks.

Going forward, the Frenchman has got a lot of thinking to do as to how to pick out a string yet rotated team every now and then with games coming almost every three days.

The likes of Rodrygo Goes, Eder Militao, Vinicius Junior and Martin Ødegaard are all pushing for starting berths and it could only depend on the manager to make it happen.

Its about making some bold decisions at a certain point in time and calling out some first team stars when they underperform while those on the bench could prove futile.

Time is ticking and Zidane may not get the sympathy of the board at all times during his second spell if things should keep going as they are. He needs to be brave and calm his ego while fixing that of his players’ as well.