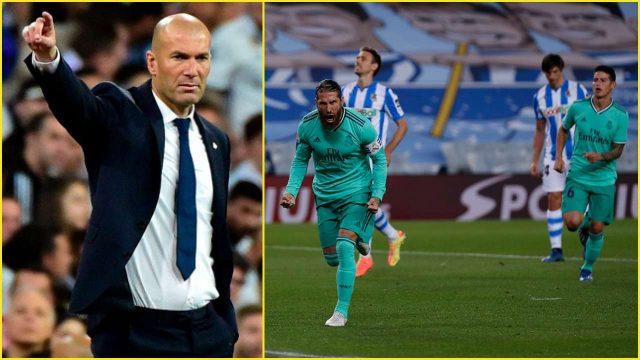 Real Madrid’s win over Real Sociedad on Sunday night proved to be a very crucial one for both the club and the manager.

For the club, they moved on top of Barcelona thanks to their superiority over Barcelona on head-to-head basis, while the win also meant that Zinedine Zidane is now the second manager at Madrid with the most wins. 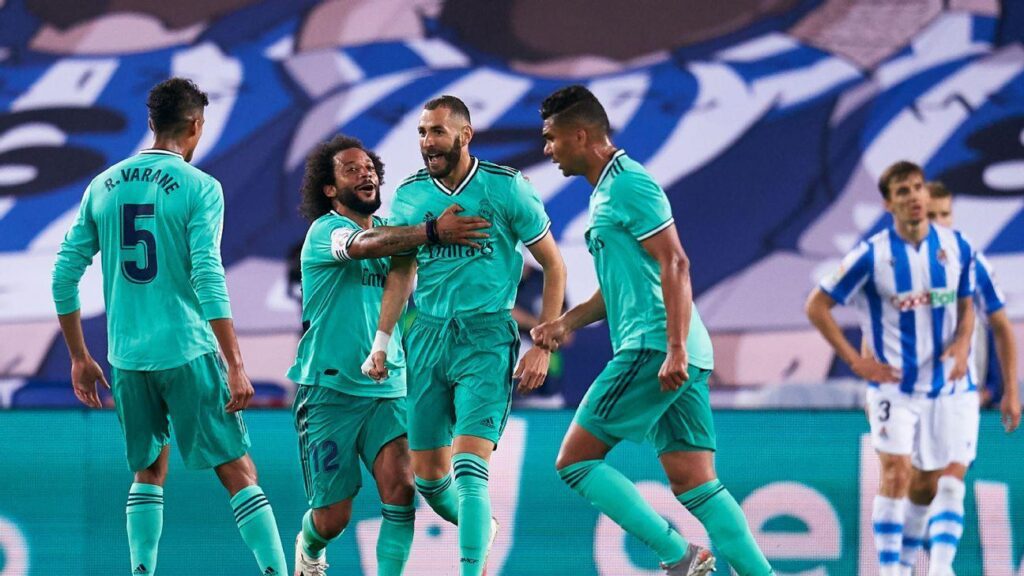 Sergio Ramos and Karim Benzema were on target in what many have described as a controversial 2-1 victory, but Zidane feels his side deserved the victory brushing off talks of being favoured in refereeing decisions.

The away means the former Madrid talisman has recorded his 134th as the gaffer of the 13th times Champions League winners, going clear of Del Bosque who has 133. Zidane is now only behind Miguel Munoz who had 357 wins as Madrid coach.

It’s is also remarkable to know that the current boss achieved his 134 wins in 202 games with the club, and is in his second spell with the Spanish giants.

With eight games to go until the La Liga is completed, Zidane will be hoping his side maintain top spot and try and clinch the title ahead of their fierce rivals, Barcelona.

Should Madrid win the domestic league, it will be Zidane’s second as the coach of the club, adding to the three consecutive Champions League triumph, and a few others in his cabinet.