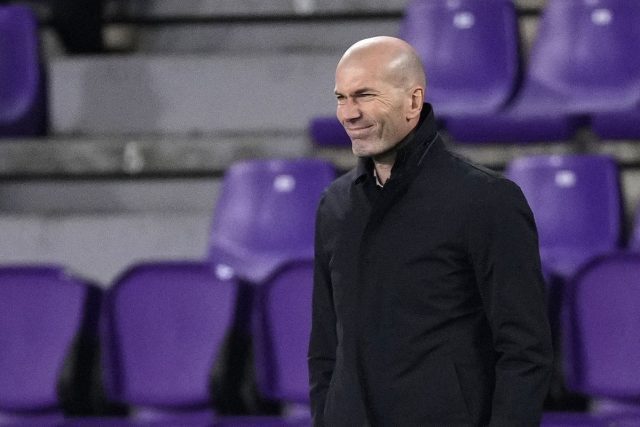 A win over Real Valladolid on Saturday night means that Real Madrid have now won four La Liga games consecutively, closing the gap between themselves and Atletico Madrid.

Casemiro scored the only goal of the game as Zinedine Zidane’s side walked away with all three points from Jose Zorrilla stadium.

Zidane talked about his side’s performance on the night while also looking ahead to the UEFA Champions League tie with Atalanta next week.

Speaking in his post-match press conference, the Frenchman said: “There are no easy games. Real Valladolid needed the points too, so it was difficult.”

“We’ll have to fight to the limit in all our matches. We’ll have difficult matches between now and the end of the season, but we can be happy with this one. This is the fourth win in a row for us and we just need to keep doing what we’re doing without looking at other teams.

“We’ve had three matches in a row without conceding. The whole team defended well, while we know we can do good things with the ball. We’re doing good and now we have to rest well ahead of the Champions League game on Wednesday.”

Madrid played without Karim Benzema, who has become important for the club in recent games. The Frenchman missed the game through injury. Addressing the striker’s issue, Zidane said: “We’ll see tomorrow. I think he has another scan tomorrow. But, today I can’t say anything. He’s doing a little better and we’ll see tomorrow, but we’re not risking him. There are many matches left in this long season. If he can be with us then he will be.”