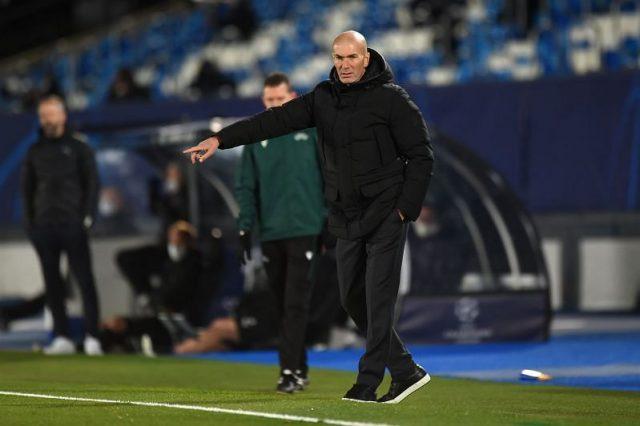 It probably would have been a different story all together should Real Madrid have suffered casualty in the UEFA Champions League on Wednesday night.

But following their 2-0 win over Borussia Mönchengladbach at the Alfredo Di Stefano Stadium, a happy Zinedine Zidane shared his opinion on quite a number of issues in his post match conference, adding that he felt good with the performance of the team.

He said: “I’m happy with the match. We had a good performance in this important match. We had to go out and get the points and now we finish this round first in the group, which is what we wanted. The first half was spectacular and I think the second was too. I think the fans should be very proud of the team today. I’ve enjoyed today’s match a lot, as I’m a fan too.”

It was a moment of either a positive result to ensure that the club beats all odds to secure qualification after a poor start to the competition and that was exactly what the Los Blancos did on Wednesday to secure the advancement into the next round. On why his side performed so well even under pressure the manager replied: “We can perform under pressure and also when there’s no pressure. Well, here there is never no pressure. When you’re at this club people always want us to play well. We always want that, but it can’t always be the case.”

Zidane was also asked if he is likely to replicate the feat of Sir Alex Ferguson and stay at Madrid for a long time. “No, I don’t think I’ll ever be the Alex Ferguson of Real Madrid,” he started, laughing. “That’s for sure. What I really want is to enjoy what I’m doing. I don’t know how long I’ll be here for. I don’t even think about that. I just think about the day to day and the luck I have to be here at this great club with these great players. Even in difficult moments I like it. Not only just when we win. It has already been a while, for Spain and for Real Madrid. I want to stay for a while longer.”

Leaving Luka Modric out of his presser was never going to be the case and that proved worthy when the manager hailed the Croatia international. “He has quality and then he has such character. He will show what he can do for as long as he wants to play, just like he has over his entire career. He has said he’d like to finish his career at Real Madrid, like I did. Above all, he has quality.”