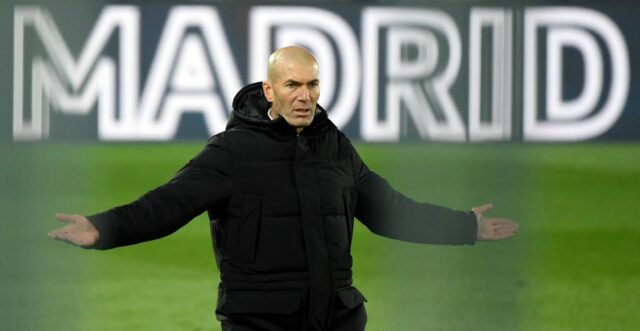 Real Madrid manager Zinedine Zidane is ready to step down from his position as the trainer of the club after guiding the club to a second-place finish in the 2020/21 La Liga season.

According to reports from the major news outlets including MARCA, AS, ESPN, and Fabrizio Romano, the Frenchman has relayed the information to the club as well as his players to resign from his post.

Real Madrid and Zinedine Zidane will both publish an official statement in the next hours/days to announce that they’re parting ways. Zidane is 100% leaving. ⚪️⏳ #Real

Real Madrid are in direct contact with Allegri since March but he’s now in talks with Juventus and Inter too.

Zidane returned for a second spell at the club during the 2018/19 season, helping the club to finish in the top four spots after a difficult campaign.

The 2019/20 season saw him win the Spanish Super Cup as well as triumphing over the other Spanish teams to win his second league title, having last done so in his first spell in the dugouts.

Zidane is regarded as arguably one of the best managers in the history of Los Blancos having chalked up many successes during his spell as the gaffer of the club.

However, he is set to announce his departure in the coming hours with Italian coaches Massimiliano Allegri and Antonio Conte tipped as the favourites to replace the former Madrid midfielder.

Raul Gonzalez is also among the shouts for the managerial job at the Santiago Bernabeu after his impressive works with the Real Madrid Castilla side.

Who are you tipping to step in for the Frenchman after his resignation?