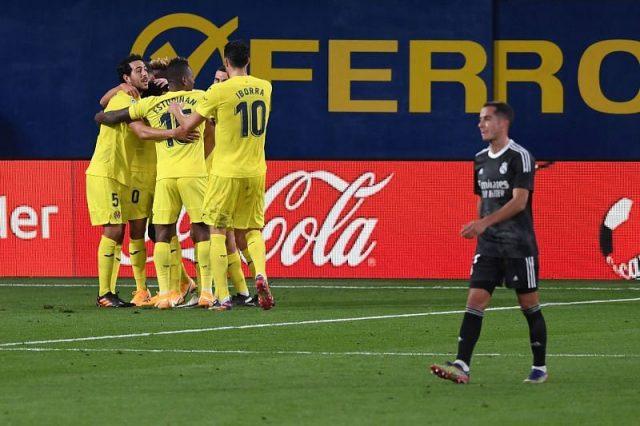 Real Madrid were held to a 1-1 draw on Saturday afternoon by Villarreal away from home.

Zinedine Zidane and his men were hoping to make amends for the loss suffered before the international break at the hands of Valencia.

However, having taken an early lead in the first half, the Los Blancos were punished for their misfiring’s in front of goal after giving away a penalty.

Mariano Diaz opened the scoring for the away side after two minutes through a Dani Carvajal assist and with 15 minutes left to play until the end of the game the Madrid defence gave away a penalty which was confidently converted by Gerard Moreno.

The Madrid boss was upset following the result, believing that his side did enough to deserve all three points.

In his post-match press conference, he said: “I think we deserved more, considering what we did. Especially in the first half. We’ve dropped two points. I’m upset for the players because of the effort they gave. I felt we could have taken the three points today and that’s a shame.”

After another quiet performance from Eden Hazard, the Frenchman was asked how long it’ll take for Hazard to properly return. Zidane replied: “He’s there. He played. We need to manage the minutes well, but he’s with us and he’s good.”

The coach was asked about the reports linking Isco with a January exit. He replied: “No, what is happening inside will stay inside. Right now, Isco is a Real Madrid player and is with us. There’s nothing to talk about.”