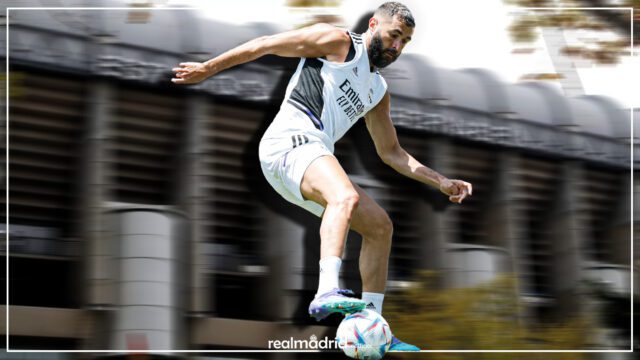 When Real Madrid play Club America on Tuesday, July 26, Karim Benzema and Dani Carvajal will be expected to make their pre-season debuts.

Both players missed the El Clasico on Saturday in Las Vegas against Barcelona, as Madrid suffered a 1-0 defeat.

Since Benzema had only rejoined the team last Tuesday during training, he lacked the form and stamina necessary to participate in that opening match. The right-back Carvajal, on the other hand, hurt his ankle during practice. He is still uncertain for Tuesday’s game against Club America, but per reports from Managing Madrid, both players will likely feature.

With the season just some weeks away, Carlo Ancelotti is not expected to take risks with the readiness of his players as it could take a long-term toll on them.

Real Madrid are wrapping up their preparations for the upcoming season in the United States of America as they look forward to playing Eintracht Frankfurt in the UEFA Super Cup.

The Los Blancos were winners of the Champions League last season after defeating Liverpool while the Bundesliga side also saw off Rangers to clinch the Europa League.

With the addition of Antonio Rudiger and Aurelien Tchouameni to the team, Ancelotti and Madrid are believed to be done in the transfer window.

However, the likely departures of Borja Mayoral and Mariano Diaz could direct the club onto the market once again.